The visit was Kim Jong-un’s first known foreign trip since taking office in 2011.

China is North Korea’s main economic ally and it was thought highly likely it would consult Beijing before planned summits with South Korea and the US.

Kim Jong-un is due to meet South Korean President Moon Jae-in in April and President Donald Trump in May.

The Beijing visit is considered a significant step in North Korea’s preparation for the proposed talks.

According to reports, Kim Jong-un arrived with his wife, Ri Sol-ju, by train on March 25 and left Beijing on March 27. 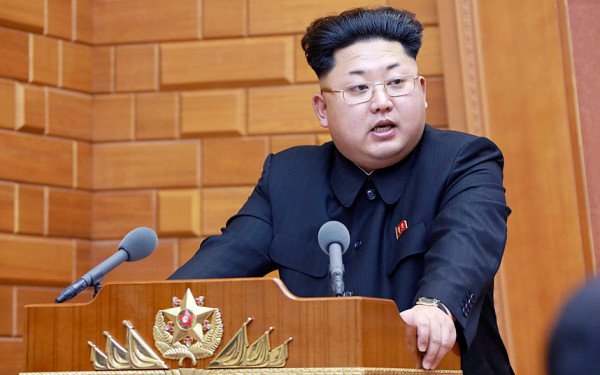 During the visit, Kim Jong-un assured his Chinese counterpart he was committed to giving up his nuclear weapons, Xinhua reported, but with conditions.

“The issue of denuclearization of the Korean Peninsula can be resolved, if South Korea and the United States respond to our efforts with goodwill, create an atmosphere of peace and stability while taking progressive and synchronous measures for the realization of peace,” Kim Jong-un was reported saying.

According to observers, North Korea’s conditions include the removal of a US nuclear guarantee for South Korea.

Kim Jong-un’s arrival and departure were shrouded in secrecy. China said the visit was “unofficial” – so there was no announcement of it in advance, prompting speculation about who was on the train when it was spotted arriving.

Because of the unofficial status of the visit, some of the normal protocols for foreign visits were not observed. For example no North Korean country flags were hung around the Great Hall of the People on Tiananmen Square.

Relations between North Korea and China, historically strong, had been deteriorating, with China backing US moves to tighten international sanctions in response to the North’s growing nuclear threat.