With nearly all ballots from December 26 run-off vote counted, George Weah is well ahead of his opponent, Vice-President Joseph Boakai, with more than 60% of the vote.

As news of George Weah’s victory emerged, his supporters began celebrating in the capital Monrovia.

After the results were announced, he tweeted: “My fellow Liberians, I deeply feel the emotion of all the nation.

“I measure the importance and the responsibility of the immense task which I embrace today. Change is on.”

He is the only African to have won both FIFA World Player of the Year and the prestigious Ballon D’Or. 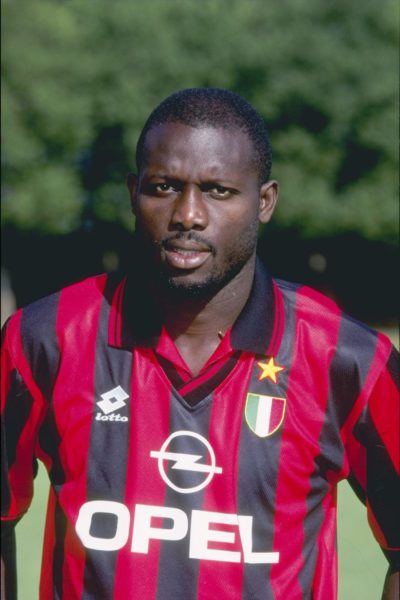 George Weah, 51, entered politics after his retirement from the game in 2002 and is currently a senator in Liberia’s parliament.

Liberia, founded by freed American slaves in the 19th Century, has not had a smooth transfer of power from one elected president to another since 1944.

George Weah won the first round of the presidential election in October with 38.4% of the vote, compared with the 28.8% won by second-placed Joseph Boakai, 73. The failure of any candidate to secure an outright majority forced the run-off.

On December 28, the National Elections Commission (NEC) said that with 98.1% of the run-off vote counted, George Weah had won 61.5% of the vote while Joseph Boakai was far behind with 38.5%.

Legal challenges delayed the vote to replace Ellen Johnson Sirleaf, and turnout was low – put at 56% by election officials.

However, election observers have praised the conduct of the poll.

More than two million people were eligible to cast their ballots from Liberia’s population of 4.6 million.