It came days after Venezuela’s decision to expel the Brazilian ambassador to Caracas, Ruy Pereira.

On December 25, Canada announced that Venezuela’s Ambassador Wilmer Barrientos Fernández, who was already abroad, would not be allowed to return. 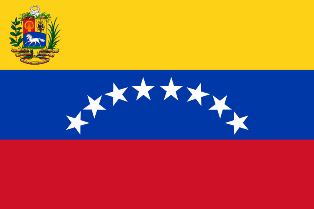 On December 23, the head of Venezuela’s powerful Constituent Assembly, Delcy Rodriguez, said that “diplomatic relations with Brazil will not be restored until the government reinstates the constitutional order it has effectively broken”.

The Brazilian government said the move showed “once again the authoritarian nature of President Maduro’s administration”.

Brazil and Canada have both become outspoken critics of President Maduro.

Brazil and Canada were among many countries critical of President Maduro’s decision to convene a Constituent Assembly, which effectively replaced the opposition-controlled National Assembly.

Venezuela’s opposition boycotted the poll in July and also held an unofficial referendum in which they said more than seven million Venezuelans had voted against the constituent assembly.