The decision is a boost for President Trump’s policy against travelers from Chad, Iran, Libya, Somalia, Syria and Yemen.

The Supreme Court’s ruling covers the third version of the directive that the president has issued since taking office.

Seven of the nine justices lifted injunctions on December 4 imposed by lower courts against the policy.

Only liberal Justices Ruth Bader Ginsburg and Sonia Sotomayor would have allowed the president’s order to remain blocked.

Federal appeals courts in San Francisco, California, and Richmond, Virginia, will hear arguments this week on whether the latest iteration of the policy is lawful. 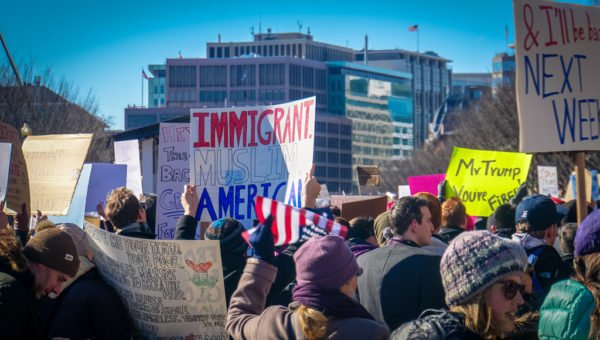 The Supreme Court noted it expects those courts to reach decisions “with appropriate dispatch”.

The case will eventually end up back in the Supreme Court.

US Attorney General Jeff Sessions called the ruling “a substantial victory for the safety and security of the American people”.

Donald Trump insisted his ban was necessary for national security and pointed to terrorist attacks in Paris, London, Brussels and Berlin as evidence.

However, in striking it down, federal judges have cited President Trump’s campaign description of his policy as a “Muslim ban” and his call for “a total and complete shutdown of Muslims entering the United States”.

Lower courts across the US have said President Trump’s policy violated the first amendment of the US constitution covering freedom of religion.