In a report by the Washington Post, eight women accused Charlie Rose of inappropriate behavior.

CBS News said: “These allegations are extremely disturbing and we take them very seriously.”

PBS and Bloomberg have also suspended him.

Charlie Rose, 75, has apologized, but said not all the allegations were accurate.

The allegations span from the 1990s to 2011 and include groping, phone calls and unwanted advances. 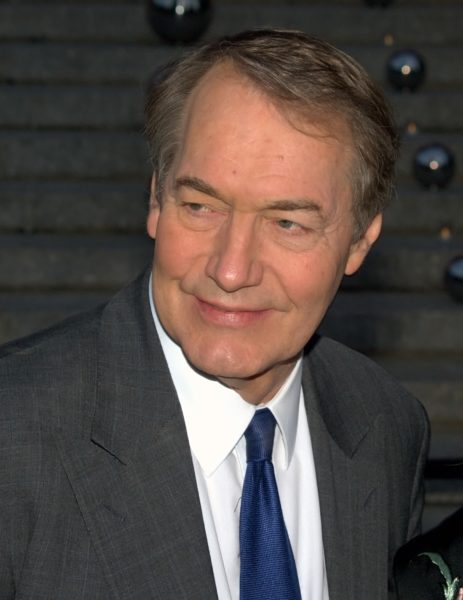 Charlie Rose is one of America’s most respected broadcasters.

He is known for conducting in-depth interviews, including with such high-profile guests as former President Barack Obama, Oprah Winfrey and Warren Buffett, on his eponymous television program which first aired in 1991.

Charlie Rose, whose show goes out on PBS and Bloomberg TV, also co-hosts CBS’s This Morning and is a contributing correspondent for 60 Minutes.

His interviews have won him Emmy and Peabody awards, and he was named by Time magazine as one of its 100 most influential people in 2014.

PBS quickly suspended distribution of the Charlie Rose show following the allegations, which they described as “deeply disturbing”.

In a statement posted to Twitter, Charlie Rose said: “I deeply apologize for my inappropriate behavior. I am greatly embarrassed.

“I always felt that I was pursuing shared feelings, even though I now realize I was mistaken.”

The accusations were sparked by multiple women speaking out against Harvey Weinstein, and a subsequent campaign encouraging victims to share their stories of harassment under the #metoo hashtag.