David Cassidy, best known for his role as Keith Partridge in the 1970’s musical-sitcom The Partridge Family, is ill in hospital but is reported to be conscious, after suffering multiple organ failure earlier this week.

A spokeswoman said the 67-year-old singer was admitted to hospital in Fort Lauderdale on November 15 after suffering pain.

Earlier this year the singer said he had dementia and would stop touring in order to “enjoy life”. 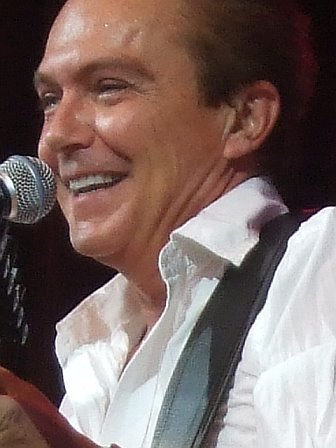 A spokeswoman for David Cassidy told the Press Association that he was conscious, following reports he had been put into a coma.

She said he was surrounded by family.

David Cassidy’s health has been deteriorating for more than two months, TMZ reported.

He shot to fame playing Keith Partridge in The Partridge Family – a sitcom about a mother and five children who formed a rock and roll band. The show spawned hit songs, such as I Think I Love You.

David Cassidy went on to a hugely successful solo career as a singer and pop idol.

In recent years the singer has spoken about his struggles with alcohol.

In 2015, David Cassidy filed for bankruptcy. Between 2010 and 2014, he was arrested three times for DUI, and was ordered to rehab as part of his sentence in 2014. He has divorced three times.