Kevin Spacey and Dustin Hoffman have been accused of misconduct and have issued apologies.

Meanwhile, six women have accused Brett Ratner, director of the Rush Hour movie series and X-Men: The Last Stand, of harassment or misconduct.

Brett Ratner’s lawyer “categorically” denied all of the accusations on his behalf.

A representative for Kevin Spacey released a short statement to the media, saying the actor “is taking the time necessary to seek evaluation and treatment. No other information is available at this time”.

A growing number of allegations have been made against public figures in recent weeks.

The allegations have been sparked by multiple women speaking out against the Hollywood mogul Harvey Weinstein, and a subsequent campaign encouraging victims to share their stories of harassment under the #metoo hashtag. 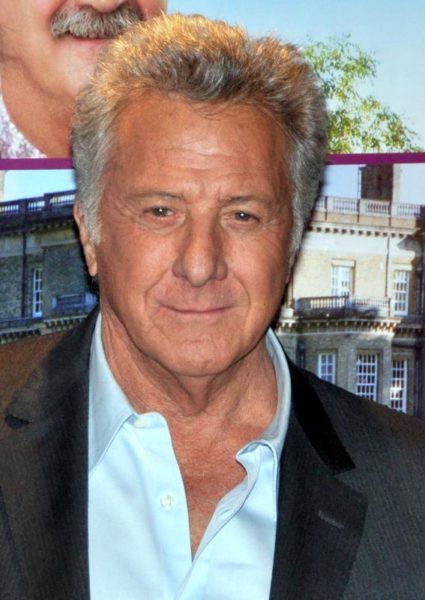 New allegations have emerged from a number of men accusing Kevin Spacey of misconduct.

Director Tony Montana claims he was groped by Kevin Spacey in a Los Angeles bar in 2003. He says he was left with PTSD for six months after the incident.

Tony Montana told Radar Online that he was in his thirties when the incident took place at the Coronet Bar in LA.

It follows an allegation made by Anthony Rapp that Kevin Spacey tried to “seduce” him when he was 14 years old.

Kevin Spacey says he has no recollection of that encounter, and was “beyond horrified”.

Incidents regarding Kevin Spacey are also alleged to have taken place in the UK while the Oscar-winning actor was the artistic director at the Old Vic in London between 2004 and 2015.

The women, including The Newsroom actress Olivia Munn, made the allegations in the Los Angeles Times.

Natasha Henstridge, who appeared in Species and The Whole Ten Yards, claimed she had been forced into an act with Brett Ratner as a teenager.

The actress, now 43, was a 19-year-old model at the time she alleges Brett Ratner stopped her from leaving a room at his New York apartment and then made her perform an act on him.

“He strong-armed me in a real way,” Natasha Henstridge told the LA Times.

“He physically forced himself onto me.”

Brett Ratner’s lawyer “categorically” denied all of the accusations on his behalf in response to the article.

Separately, the director filed a libel case in Hawaii against a woman who accused him on Facebook of rape more than 10 years ago.

Brett Ratner says he has stepped away from dealings with movie studio Warner Bros since the allegations came to light.

Meanwhile, Dustin Hoffman has been accused of harassing an intern on the set of one of his movies in 1985.

Anna Graham Hunter, a writer, says that when she was 17, Dustin Hoffman groped her and made inappropriate comments to her.

Dustin Hoffman apologized, and said he was sorry if he “put her in an uncomfortable situation”.

In a statement to the magazine, the Oscar-winning actor said: “I have the utmost respect for women and feel terrible that anything I might have done could have put her in an uncomfortable situation. I am sorry. It is not reflective of who I am.”

The 63-year-old was asked to step down by the network in response to the allegations. He has previously worked for the Associated Press and the New York Times.

Two women spoke to the Washington Post on condition of anonymity, and reported stories of abrupt and unexpected kisses during business meetings. They said they were worried about career development if their names were made public.

One of the women said that while she met Michael Oreskes in the hope of getting a job with the New York Times, he suggested that they eat room service lunch in a hotel, before he unexpectedly kissed her and “slipped his tongue into her mouth”.

Michael Oreskes has not commented publicly on the allegations, and journalists at NPR report that they have tried to contact him for comment, without success.