Henrique Capriles, one of Venezuela’s opposition leading members, has announced he was leaving the coalition.

The former presidential candidate said the move was in protest at the decision by four newly elected opposition governors to pledge allegiance to the constituent assembly.

The Roundtable for Democracy (MUD) regards the constituent assembly as illegitimate.

The MUD governors were elected in regional polls this month in which the government won 18 out of 23 states.

The outcome of the October 15 elections, which the MUD said were fraudulent – and President Nicolas Maduro’s insistence that all new governors bow to the constituent assembly – has caused a rift among members of the opposition coalition. 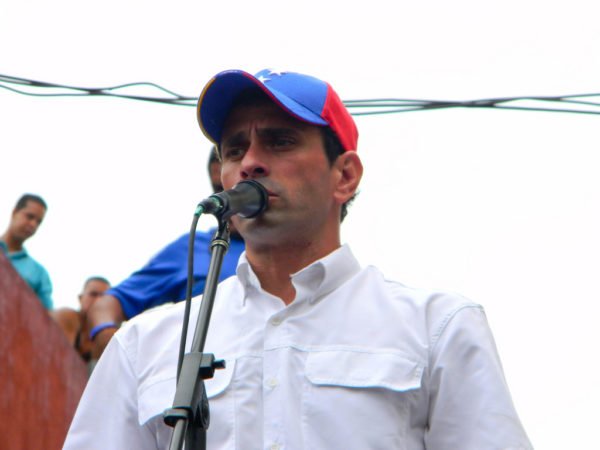 On October 24, Henrique Capriles said that he “would not be part” of the opposition MUD “because it is not unity as a concept or a vision”.

“It is just some people that grab the bones that are thrown to them,” he said.

Five MUD governors who won seats opted to boycott a previous event in which 18 newly elected socialist governors were sworn in to the constituent assembly.

However, four of them – the governors for Táchira, Mérida, Nuevo Esparta and Anzoátegui – later changed their stance and pledged allegiance, defying their coalition’s official position.

President Maduro, who has described the election result as a victory, said governors who refused to be sworn in by the constituent assembly would not be allowed to take up office.

The MUD have published what they say is evidence of fraud in the state of Bolívar, where the government candidate was declared the winner after a two-day delay.