A picture of France’s First Lady Valerie Trierweiler taken on the beach when she was just 16 year-old reveals the natural elegance that has captivated new French President Francois Hollande.

Dressed in only a swimming costume with a silver chain around her neck and a hand in her chestnut brown hair, Valerie Trierweiler was renowned for her good looks and her ambition even as a school-girl.

Old friends remember Valerie Trierweiler, born Massonneau, as a girl used to turning heads but disinterested in the attention her looks brought her.

Instead she relished being independent and was one of only a few girls at school to own a moped which she enjoyed using to get around.

Valerie Trierweiler appeared to have set her sights firmly on rising from her humble origins and putting her difficult childhood behind her.

Raised in the town of Angers in the Loire Valley, she was brought up in a council house.

Valerie’s father, a clerk, had lost a leg after standing on a Second World War landmine in 1944 when he was 12.

His disability combined with being one of six children meant Valerie Trierweiler’s childhood was not easy and she appears to have adopted a steely manner which has been criticized. 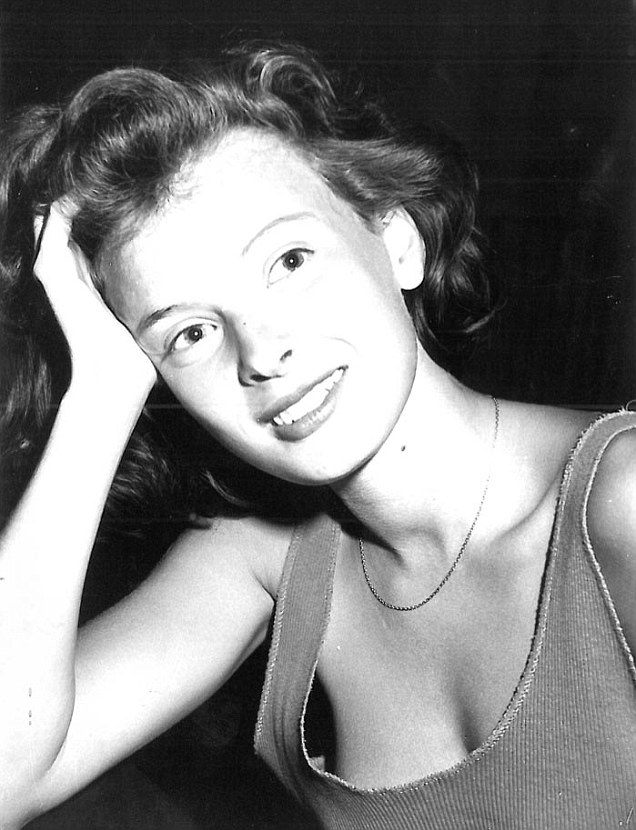 However old school friends defended the twice-divorced mother-of-three who is the First Lady in the Elysee Palace to be unmarried and have a job – she is a political journalist for Paris Match.

An old classmate from Joachim du Bellay High School recalled: “She was always very attractive and very pleasant with it.

“She had a lot of ambition. She knew where she wanted to go in life. She was one of the few girls at school to own a moped!

“Life was not easy at home, being one of six children but she never complained. She does not have a bad part to her character, she just has a lot of character!

“She has been described as cold but that is not the case she is simply reserved, protective. You could tell she had a promising future,” said Florence Pellé, Valerie Trierweler’s best friend at school.

“And she turned all of the boys’ heads as well! But she wasn’t really interested in the good-looking boys. She was looking for something else, someone more intellectual, deep.

“She always had a lot of charm. And notoriety has not changed her, she has remained the same, straight-forward.”

Old friend Loick Berrou added: “Valerie was fresh and full of life. Her beauty and charm shone through.”

Another old friend added: “She loved being outside. She would ride her bike, swim in the river and help out at a local farm.

“And she also did synchronized swimming!”

Residents in Angers are proud of Valerie Trierweiler’s elevation to the Elyse Palace.

Her face is displayed on the front cover of many of France’s magazines and proudly displayed in news agents across the town.

Her uncle Florent Massonneau said yesterday: “I am proud that that Valerie has become the first lady.

“As a young woman she had it all – beauty and intelligence.”

Florent Massonneau added: “Valerie did not have an easy childhood. Her father loved her very much but he was disabled. He lost a leg in the war.

Florent Massonneau lives around the corner from the council house that was Valerie Trierweiler’s childhood home, in the working class district of Monplaisir.

Her mother Jeanne still lives there.

Valerie’s mother, who worked as a cashier at the local ice-rink to make ends meet after her husband died, continues to play an important role in her daughter’s life.

Valerie Trierweiler has three sons, aged 15, 17 and 19 from her marriage to her second husband Denis Trierweiler, a sub-editor at glossy French magazine Paris Match.