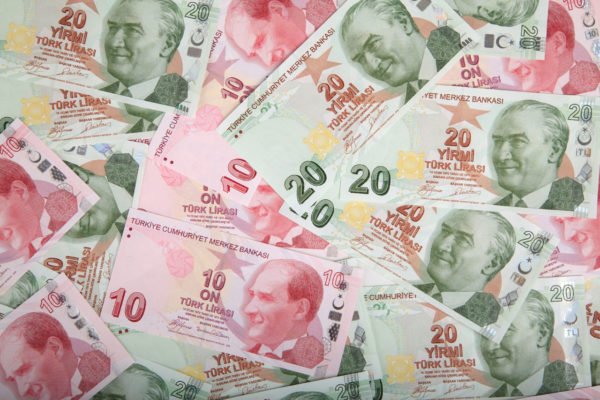 The Turkish government is banning the use of foreign currencies in the country’s property market as it looks to stem the dramatic fall of its own currency, the lira.

On September 13, President Recep Tayyip Erdogan issued a decree announcing that contracts for sales, rent and leasing must in future be made in lira.

The president has previously urged people to sell their dollars and euros.

The move came as Turkey’s central bank increased interest rates sharply in an attempt to curb the tumbling lira.

The lira has lost almost a third of its value against the dollar since January.

Today’s decree, which was published in the government’s official gazette, said all current agreements in the property sector made in foreign currencies must be changed within 30 days.

Rental and sale agreements in Turkey are often offered in euros and dollars to foreigners living in the country.

However, the property and construction market has become a concern for investors worried that Turkish companies that borrowed heavily to profit from a boom may struggle to repay loans in foreign currencies, as the weakened lira means there is now more to pay back.

In a speech to a traders’ confederation in the capital, Ankara, President Erdogan said on September 13 that nobody should carry out business in foreign currency apart from exporters and importers.

The president also criticized Turkey’s central bank, accusing it of failing to control inflation and urging it to cut interest rates just hours ahead of its announcement that it was raising rates to 24%.

He said: “As of today I have not seen the central bank fix inflation rates as they promised.”

The US earlier hit Turkey with tariffs on items such as steel and aluminum in an effort to increase pressure on the country to free the detained American pastor Andrew Brunson.

Andrew Brunson has been held for almost two years because of his alleged links to political groups that are outlawed in Turkey, which accuses the US of trying to bring it “to its knees” over the administration’s demands.

The fall in the value of the lira in recent months has pushed up the price of everyday items in Turkey and raised fears the country is sliding into an economic crisis.