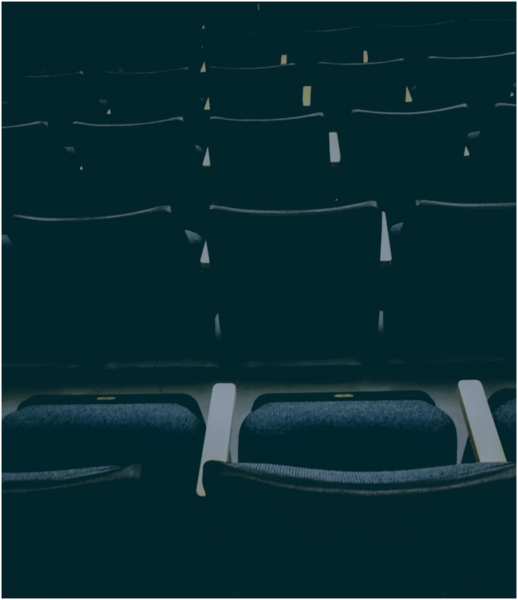 Unlike its simple patriotic sequels, the first “Rambo” movie is a tragic story of a warrior fighting against his own country. And it still has the anti-war idea as the main plot (like its source-book). If it wonders you, then you should definitely watch this movie.

Akira Kurosawa shows his humanistic philosophy through sword slashes and rivers of blood. He turned an old story about Ronin squad protecting the village from bandits into the ode to a disappearing valor: unlike their enemies, samurai do not use firearms.

This debut movie by Robert Rodriguez was filmed with a group of amateur actors and the 7 thousand-dollar budget. The director earned them in a Texas clinic, taking part in laboratory experiments on an anti-cholesterol medicine. His later pictures were more popular, bigger, and more epic, but none of them has the original charm of this independent movie.

A retired policeman with a heart of gold and muscles of steel stands against a crazy dictator dreaming to hurt the USA and a retired policeman in person. As a result, this rivalry will become the basis of many cult action movies. But this tradition started with Commando, and you never had a childhood if didn’t watch this movie 400 times!

This movie by James Cameron became even a bigger breakthrough than the first part of a franchise thanks to unbelievable computer effects, a soundtrack recorded by Guns’n’Roses, epic dynamics, and black humor. It is one of the most famous roles by Arnold Schwarzenegger.

A story of the American deserter who gains a victory over the Korean Muay Thai master on the tournament in Hong Kong literally flew around cinemas on all the continents. One of the most famous roles by Jean-Claude van Damme.

A traditional bank robbery story of the American western movies turned into something bigger. Thanks to next gen tricks of Sam Peckinpah, it became a dark story about the violence being absurd and the anti-war pamphlet at the same time.

Jackie Chan connected the warrior mastery of Bruce Lee and the comic talents of Buster Keaton. And a hapless policeman from Hong Kong he showed on cinema screens became liked by millions of people!

A pretending post-modern gangster action movie “Le Dobermann” was a French answer for Rodriguez and Tarantino. Evil-elegant bandits and crazy cops compete with each other is a senseless violence. Vincent Cassell and Monica Bellucci were able to play dramatic and truthful roles even in this comix movie.

Two policemen run around Los Angeles to catch the Yakuza leader while breaking bones and catching bandits with the help of Eastern martial arts. A wonderful duet of Brandon Lee and Dolph Lundgren.

Even a regular bar bouncer can challenge a criminal boss if the truth is on his side. The hero by Patrick Swayze proves this thesis to be right. The classic battle between good and evil presented in an original manner.

The movie about gangsters who rob casinos in Elvis’s suits. Kevin Costner is especially good as the overwhelmingly bad gut and the final gunfire scene should be enlisted in a gunfire encyclopedia, if that book ever appears.

A tough cop and a lower hierarchy bandit join efforts to catch a fugitive in two days. To do that, they’ll need some brains, many bullets, and a Cadillac Sky Blue Convertible. The ideal police action movie from the director of “Red Heat” and the screenwriter of “Commando.”

Probably, this movie was the beginning of a new subgenre: buddy cop action movies. A hero by Danny Glover goes through the midlife crisis, and a character of Mel Gibson struggles against suicidal thoughts and aggression attacks. The fate decided them to become partners, and their task is to deal with a huge narcotic syndicate.

A crazy concentration of action, aggression, and madness pushed into 90 minutes of screen time. The most part of this time is devoted to the Jason Statham’s hero dealing with his enemies or overcoming difficulties. His main problem is a strange Chinese poison circulating in his veins and making him support the high level of adrenaline in blood.