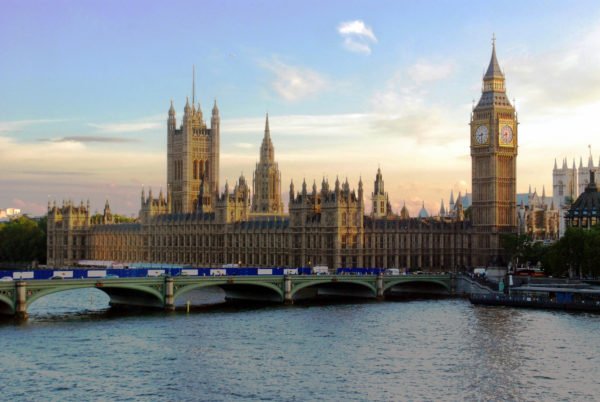 A suspect has been held in London on suspicion of terrorism offences after a car crashed outside the Houses of Parliament.

The car swerved into cyclists and pedestrians on August 14, injuring three people.

The 29-year-old man is not believed to be known to MI5 or counter-terrorism police, and is not co-operating with officers. Searches are taking place in Birmingham and Nottingham.

Two people were treated in hospital for their injuries but discharged.

Neil Basu, the Scotland Yard’s head of counter terrorism, said: “Given that this appears to be a deliberate act, the method and this being an iconic site, we are treating it as a terrorist incident.”

The assistant commissioner added there was “no intelligence at this time of further danger” to London or the UK as a whole.

No-one else was in the car and no weapons have been found.

The government held a meeting of its Cobra emergency committee and PM Theresa May has paid tribute to the “formidable courage” and professionalism of the emergency services who “ran towards a dangerous situation in order to protect the public”.

Urging the public to remain vigilant but “carry on as normal”, the prime minister added: “For the second time in as many years the home of our democracy, which is a potent symbol of our precious values of tolerance and freedom, has witnessed terrible scenes just yards from its door.”

The suspect, who has not been named, is being held at a south London police station and the vehicle is being searched.

According to sources, the suspect is from the Birmingham area.

A number of eyewitnesses have said the silver Ford Fiesta, which was travelling westbound in Parliament Square, appeared to deliberately hit members of the public as it swerved into the opposite lane.

The car traveled from Birmingham to London on the previous night, arriving in the capital just after midnight.

Westminster subway station was closed for entry and exit, and streets around Millbank and Parliament Square cordoned off for several hours after the crash.

The immediate area around the incident remains taped off and screened by white temporary fencing.

The British parliament is not currently sitting.