The mayor said he was stepping aside just hours after the Seattle Times reported that his younger cousin, Joseph Dyer, had accused him of abuse.

Joseph Dyer, 54, is the fifth man to accuse Ed Murray of abuse dating back to the 1970s, the newspaper reports.

Ed Murray, 62, denies the allegations, but said he did not want “personal issues” interfering with “public business”.

He said in a statement on September 12: “While the allegations against me are not true, it is important that my personal issues do not affect the ability of our City government to conduct the public’s business.”

His resignation will take effect from 17:00 local time on September 13, the statement added. 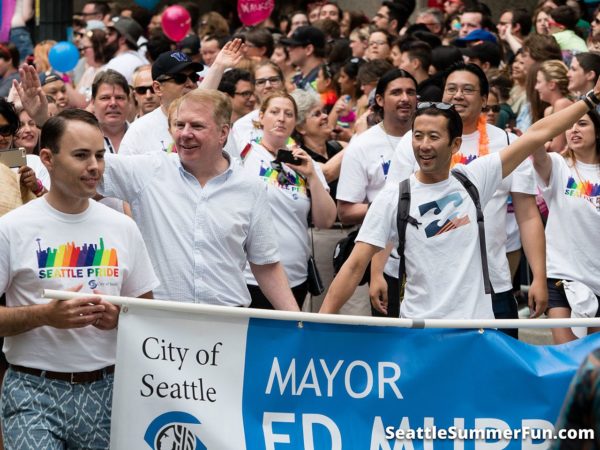 Ed Murray said that he was “proud of all that I have accomplished” but added that due to the reported accusations “it is best for the city if I step aside”.

The first allegation of abuse against Ed Murray was reported in April. Since then, four more men have come forward, the Seattle Times reports.

Joseph Dyer said that he was 13 in the mid 1970s when he was abused by his elder cousin, Ed Murray.

Ed Murray, a former Democratic state representative who is in a gay marriage, says that he is the target of a political campaign aimed at stifling his progressive politics and tarnishing his record as a gay-rights champion.

The next mayoral election in Seattle will take place in January 2018.

Seattle City Council President Bruce Harrell will take over as mayor until the election.